Last November, when we decided at the last minute to go to Italy again, we worried a bit about the weather so late in the year. All we had read suggested that we would likely encounter more clouds and rain than we had on our other trips in June, July, September and October. It turned out that the bargain airfare we had been alerted to, convinced us to take the chance. We were glad we did.

Since our plane tickets on Aer Lingus would bring us into Milan's Linate Airport instead of Florence's Amerigo Vespucci (Peretola) Airport, we planned a different itinerary as we made our way to our favorite city of Florence. Spending three nights in Milan enabled us to take day trips to Varenna and Bellagio on Lake Como and to Bergamo. Meanwhile, we got a taste of the big modern city of Milano.

From there, we were off to Bologna by train to our rented apartment for three days. We spent two days exploring the beautiful porticoed city before taking a day trip to Parma by train. Then, we were off again to Florence, just 35 minutes away by fast train, for seven days. From our self-catering, Aurora apartment, we visited the town of San Miniato for its great November Festival of the White Truffle (by train), Siena by the "Rapide" bus, Fiesole by city bus #7 (literally just 15 minutes away), the beautiful town of Montecarlo with friends from Florence and, we enjoyed walking around Florence taking in its beauty. 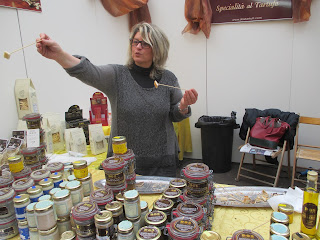 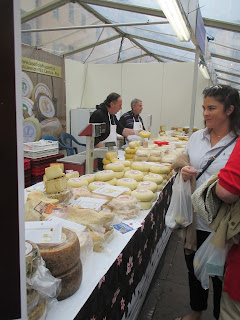 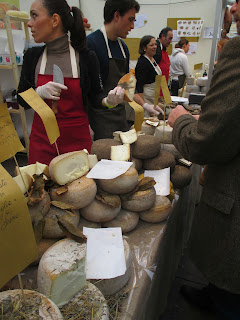 We boarded the train to return to Milan for our flight home the next day. Our only reservation in Milan was to see the Leonardo da Vinci's Last Supper (book tickets months ahead of time) the night before we left. We ended up getting our tickets last year from Select Italy for 18 euros (about $20) each because the site itself was sold out. It seems their price has gone up to $25 this year, but it's still a better price than taking a $55 tour.


More than once, during our 14 days in Italy, we heard people say that the weather was very unusual for November. We couldn't complain about the pleasant sunny days with temperatures in the upper 60s! There were a couple of cloudy days and a rain shower once or twice, but the most rain we encountered happened as we traveled on the train from Florence to Milan on our next to last day there.

So, here we are wondering if our luck could hold out for another November stay in Italy. With the possibility of another cheap airfare, it's certainly an option. Once the tickets have been booked, it will be time to start considering where to go and what to see. We have visited a pretty considerable list of cities and sights in our three previous trips to Italy, but there is still so much to see. The more-than-reasonable plane tickets may once again fly us into Milan, so we would start out our travels in northern Italy about an hour and forty minutes from Florence.

Here are the towns we're considering for another November journey and some day trips to go with them:

We'd like to see a few totally different cities while using some of the ones we've been to as bases for exploring an area. It would be more ideal for us to fly into Rome or Naples for a visit to the Amalfi Coast, but since we'll probably start out in Milan, we'll just make the best of it. All of our train trips while in Italy have enjoyable and without incident. That leaves us pretty comfortable taking a 2-4 hour train ride to get to a place like Amalfi, Portovenere or Riomaggiore. Especially when staying in any one of those places for a couple of days will be much less hectic than taking a day trip there.

That leaves us with only the weather as a concern. There is so much pertinent information to be found by Googling "weather averages in Italy." I learned today that much of Italy has an average of between 8 and 10 rainy days in November, so the odds are still in our favor of staying dry, and even seeing the sun, on some of our 15 days there.

I've already begun a search for self-catering apartments in several cities and found that prices are so much lower in November than between May and October. Check back for my progress developing an itinerary to see where we might go.

Posted by Barry DeCarli at 3:40 PM No comments: